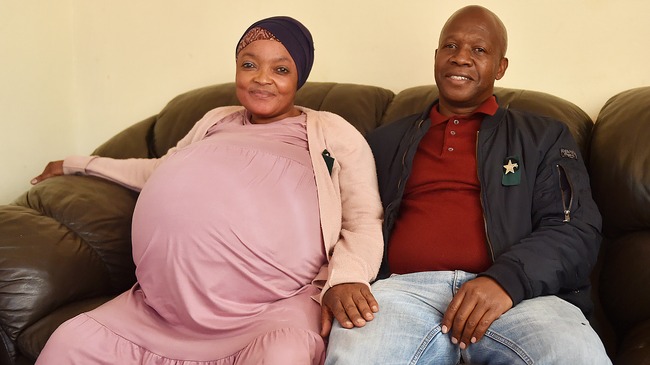 If I tell you that a woman gave birth to 10 children, you probably will not believe it. But today I read some similar news in a news article of Hindustan Times. When I first saw the photo, I thought it was probably a fictional story. But when I read it completely, I thought I must share this with you guys. Yes, so let me tell you today which woman has got this happiness.

But before that I want to tell you that in 2009, a woman in California (Nadya Suleman) gave birth to (6 boys & 2 girls) 8 children. His name is recorded in the Guinness Book of World Records. Meaning overall we can say that maybe now the old record is going to be broken.

According to the BBC, a South African has confirmed the birth of ten children. While another official has said that they are yet to see the children because they have not seen them yet. Meanwhile, the Guinness Book of Word Records said that they were investigating the claim.

As I read in the news article of Hindustan Times. Pretoria News quoted Cithore’s husband as saying that doctors had detected round 8 children during the scan of the woman. As claimed ten children means two children less on the basis of the medical scan. Sithole had given birth to twins in the past as well, whose age is 6 years at present. According to what I read in Hindustan Times news, Sithole told to Pretoria News that her pregnancy was natural.

By the way, I read another news in that article that in the last month, a 25 year old woman (Malian) gave birth to 9 children. Which is more than the two found by the doctor during the medical scan. Now what and how much truth is there in these news, I cannot say completely. But I would definitely like to know your opinion on this. Do tell in the comment how you felt after hearing or knowing this.